Bernie Sanders sides with the billionaires 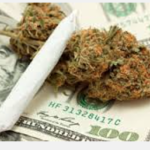 There might be no better example of the malevolent power of money in politics than the pro-legalization movement. Funded by billionaires who get their way by spending so heavily they drown out other voices, it wields the sort of unfair influence Vermont Sen. Bernie Sanders was speaking of on “Face the Nation” when he said, “The power of money over the political process is horrendous.”

However, Sanders said that in September and now supports the legalization of marijuana, which means he’s siding with one of the moneyed interests he excoriates. 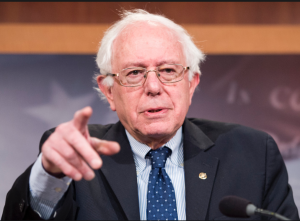 Sanders should find it outrageous that the ultra-rich could buy a new drug policy. Instead, he endorses it. He just introduced legislation that would allow state decisions on marijuana to stand, but never mentions that these decisions are really made by billionaires and their money.

Advocates present legalization as inevitable, but marijuana initiatives have only won when proponents vastly outspent the other side. In Washington state, the pro-legalization side spent $5 million compared to only $16,000 for opponents. That’s a 300-to-1 advantage, and $2 million of it came from one marijuana-smoking billionaire, the late Peter Lewis, former CEO of Progressive Insurance. 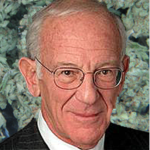 Lewis almost single-handedly funded the Massachusetts medical marijuana campaign; he donated 94 percent of its operating budget, enabling them to outspend opponents by nearly 50 to 1. He effectively bought that election.

This should offend Sanders, who told “Face the Nation” that “American democracy is not about billionaires buying elections.” But he never seems to criticize marijuana billionaires. 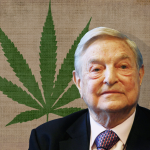 George Soros has spent about $25 million to legalize marijuana. In 1996, he and five other wealthy businessmen provided three-fourths of the financing for California’s Proposition 215, the nation’s first medical marijuana law. Supporters couldn’t get enough signatures to get it on the ballot, so Soros and his friends rescued the measure.

Soros and Lewis were major donors to the Drug Policy Alliance and Marijuana Policy Project, America’s two main pro-legalization groups. Without these organizations, the U.S. would have no medical marijuana or legalization laws. 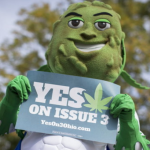 Sanders sided with Buddie. Ohio voted 2:1 against him

Saunders even supported Ohio’s legalization measure that would have created a marijuana monopoly for 10 businessmen who chipped in $2 million each. It was such a blatant case of business interests using the political process for gain that a lot of marijuana advocates voted against it, yet Sanders supported it.

In fairness, Secretary Hillary Rodham Clinton is also probably pro-legalization. Her PACs accepted $2 million from Soros, and still says she wants to wait and see what happens in the legalization states–even though in Washington the number of traffic fatalities involving THC-positive drivers doubled the first year marijuana was sold legally.

But Sanders is running to stop the wealthy from buying elections. He says so in nearly every speech. His campaign website denounces “powerful special interests [who] have poured money into our political system for years.” However, the candidate whose No. 1 issue is getting money out of politics apparently doesn’t mind when it’s marijuana money.

This appeared in the San Francisco Chronicle on Nov 19, 2015.