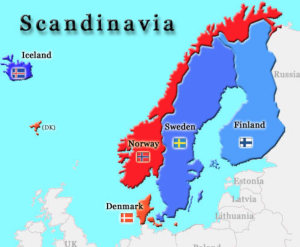 During last week’s Democratic debate, Vermont Senator Bernie Sanders said the United States should model its social policies on Sweden, Norway and Denmark—countries that provide free health care and free college. But by saying he’d vote to legalize marijuana, Sanders made it much harder to convince Americans to adopt these programs.

In the 1970s, Sweden did what we’re doing now, told police to ignore drug possession and only pursue serious crime. But drug abuse soared, so the country reversed course. Today Sweden and its neighbors have some of the world’s toughest drug laws, including tough marijuana laws. 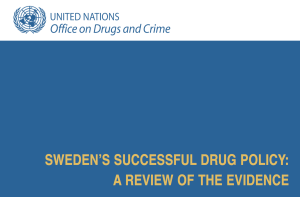 None of the Scandinavian countries have decriminalized marijuana. Nor do they permit its medical use. An 84-acre autonomous district in Copenhagen is allowed to flout marijuana laws, but the rest of Denmark enforces them strictly.

This doesn’t mean jailing drug users. Sweden does use the threat of jail to get substance abusers into treatment, and since crime is mostly caused by substance abuse, this policy prevents crime—so well that over the past decade the country has closed four prisons.

Tough marijuana laws also help keep Swedish socialism affordable, and that’s why supporting legalization is a problem for Sanders. People already worry about what his programs would cost.

For example, a Rand Corporation report says California spends $110 million yearly on  schizophrenia hospitalizations caused by marijuana; for the whole U.S., that’s over $1 billion per year. Marijuana also causes addiction and injuries from auto accidents, which are expensive problems to treat. How can 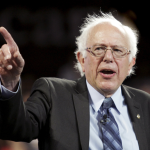 Research on postal employees, published in the Journal of the American Medical Association in 1990, found that marijuana users had more disciplinary problems, more absenteeism, and higher turnover. A 2012 study showed that marijuana users have less commitment to work. One company already left Colorado, citing employees who were too stoned to be productive. Sanders wants the U.S. to require paid family leave and a high minimum wage. But if at the same time we legalize a drug that causes poor work performance, it could bankrupt businesses.

A University of Maryland study found that college students who used marijuana—even occasionally—studied less, skipped more classes, earned lower grades, and were less likely to graduate. How can Sanders ask America to pay for free college, and then promote a drug policy that leads students to waste the experience?

Teens who use marijuana before age sixteen have twice the dropout rate of non-users and are more often unemployed as adults. No parent wants that, and the Scandinavian countries largely prevent it. A 2013 UNICEF report called Child well-being in rich countries examined 29 western nations, and found that Norway and Sweden had the lowest rates of teenage marijuana use, with Finland, Iceland and Denmark close behind. In Sweden and Norway, only 5 percent of teens under age sixteen used marijuana. In the United States the rate was 22 percent.

Most parents would love Sweden’s low rate of teenage use. Instead, Sanders would make us like Colorado, where teachers and school officials now say marijuana is their number one problem. 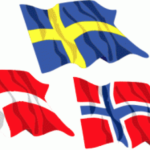 Scandinavian programs such as free health care, free college, a living wage, good pensions and family leave would greatly benefit most Americans. But it’s hard to take seriously someone who would increase the cost of these programs unnecessarily, and who would ignore our teenage marijuana epidemic. By endorsing legalization, Bernie Sanders has made himself a less convincing salesman for the programs he cares about most.