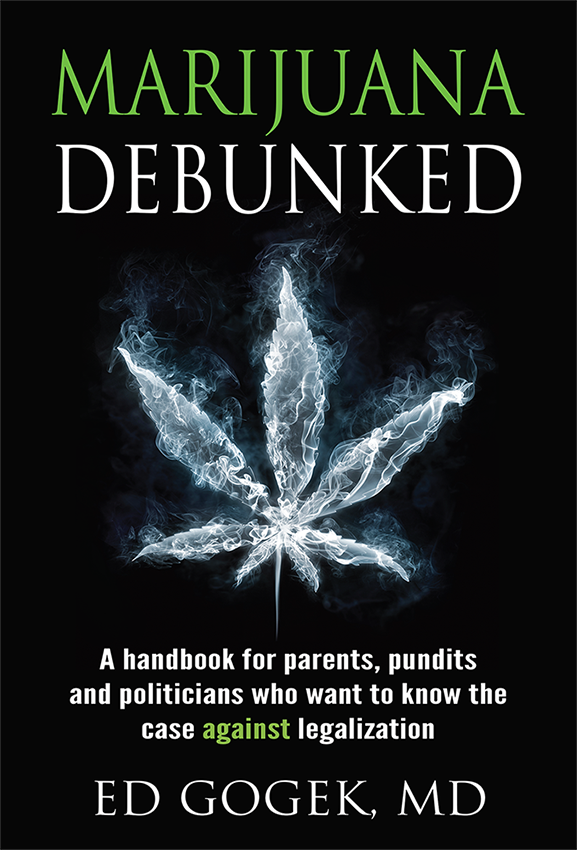 Marijuana subtly damages the teenage brain and causes lifelong problems. No parent wants this for their children. Yet four million teens in Canada and the United States use the drug, and both countries are racing toward legalization.

For those who have heard only the pro-legalization side, Marijuana Debunked presents the case against marijuana on an equal footing.

“Dr. Gogek has a strong message that our nation, including both Left and Right, needs today when most discussions of drug policy are filled with dangerous misinformation.”

“Gogek lists all the pro-legalization arguments in detail, and refutes them exceptionally well.”

“… a must-read for anyone who cares about accuracy and fairness in news coverage.”

“This book fills a void for citizens who must vote on marijuana initiatives with very limited information, for journalists motivated to learn the issues beyond marijuana lobby talking points, and for parents who need guidance on one of the most disturbing trends in youth behavior in decades.”