The June 8, 2017 British election has something in common with last year’s American election: the winner lost the popular vote and lost it by a similar amount.

The potential Labour coalition outpolled the conservative coalition by 2,276,772 votes. That is similar to the number of votes by which Hillary Clinton outpolled Donald Trump.

The potential Labour coalition received 15.55 percent more votes than the conservatives. If the U.K. had a truly representative of voting, Jeremy Corbyn would be the new Prime Minister. In the U.S., we made a big deal over Trump losing the popular vote while winning the electoral college. But what happened in Britain is even more extreme. 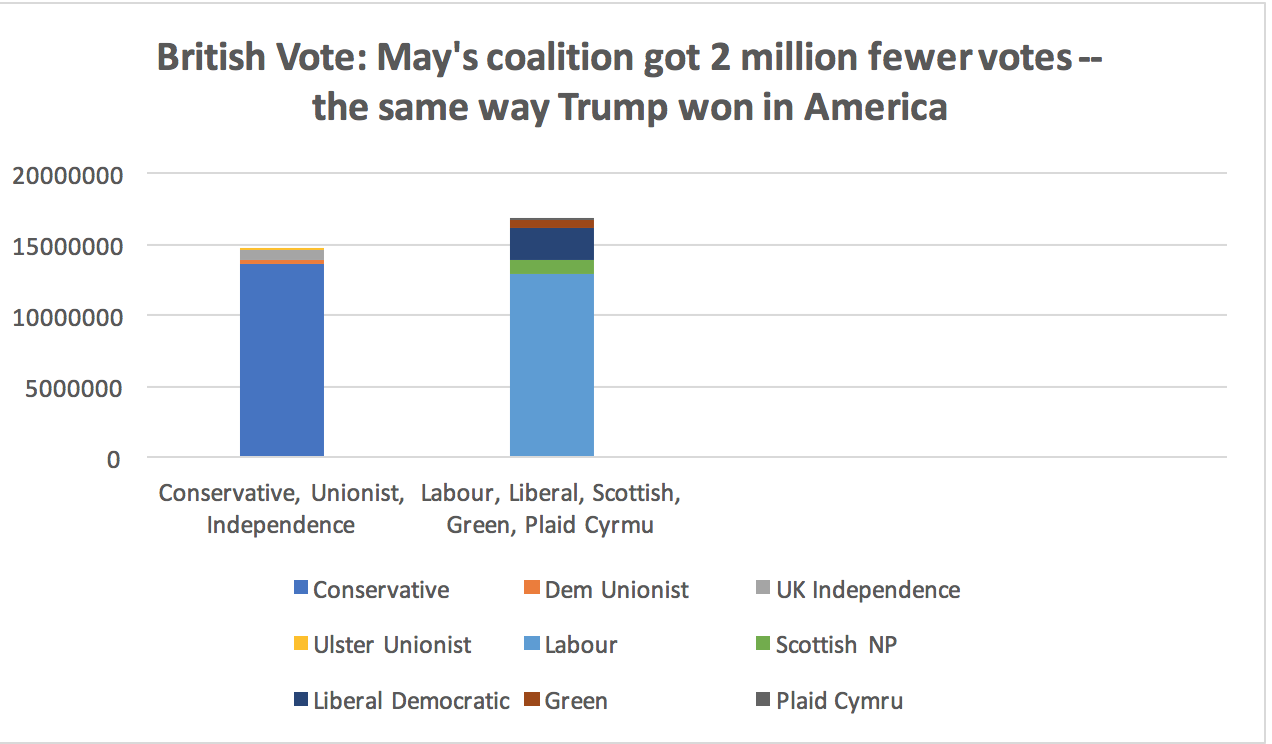 For vote totals, go to https://www.theguardian.com/politics/ng-interactive/2017/jun/08/live-uk-election-results-in-full-2017